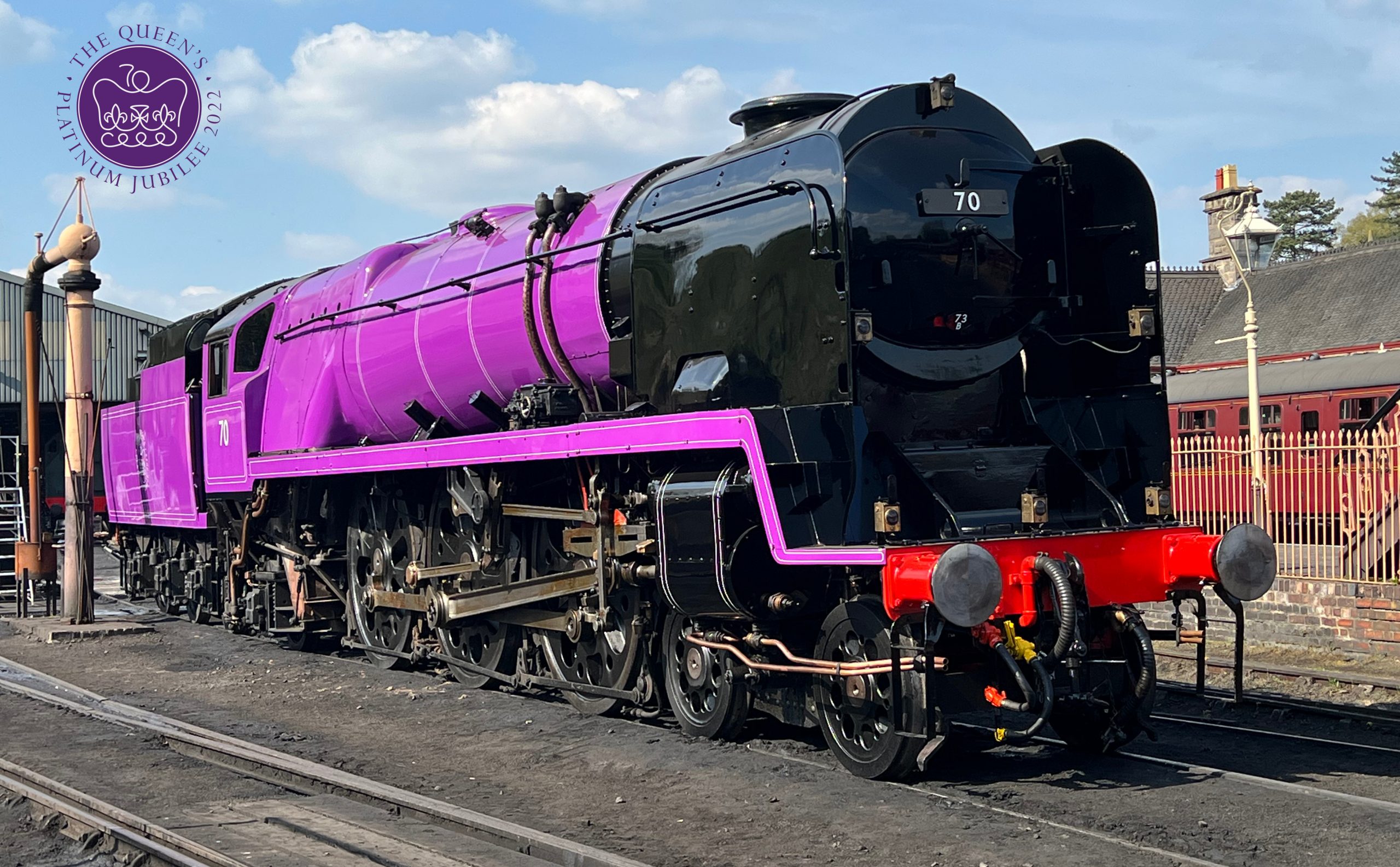 One of the SVR’s home locomotives has had a royal makeover to celebrate the Queen’s Platinum Jubilee and the commonwealth games.

This is the only Steam Train in the country that has done this.

The 34027 Taw Valley has a new purple livery color in high gloss and its new name will be “Elizabeth the II”.

SVR chairman Mike Ball said: “This is all about making the biggest impact possible.”

“We’re putting a huge amount of effort into our celebrations for both The Queen’s Platinum Jubilee and the 2022 Commonwealth Games which are being held in Birmingham.

“Ultimately, this is a hugely fun thing to do, and whilst it might upset some people, it will contribute significantly to our celebration of these important events.”

We’re sure that the unusual appearance of the loco will prove a huge draw to visitors.”

“The sight of a purple steam loco might not appeal to all heritage enthusiasts, but it’s certainly going to cause a stir amongst the visiting public, and we’re aiming to stimulate maximum interest in heritage rail amongst the widest possible audience this year.”

This won’t be the first time that the West Country class loco has appeared in an unconventional livery.

In 2000, it was turned out in maroon and carried Hogwarts Express nameplates to promote J K Rowling’s Harry Potter books, appearing at signing events throughout the UK.

Taw Valley never made it onto the silver screen however, as the film producers chose 5972 Olton Hall instead.

One of the Mechanics said :

“It may receive another coat of varnish but to view it in its full glory you can visit the Severn Valley Railway in Bridgnorth between the 2nd and the 5th of June.

It is expected that many enthusiasts will be attending to record and photograph the event.

On the 21st of April there were many people from across the Country aswell enthusiasts from Canada and Germany at the SVR in Bridgnorth.

The SVR have so much planned for all ages, from adventures, singing, celebrations and much more across the bank holiday weekend – plus, you’ll have an opportunity for a journey behind Taw Valley in its new guise and new purple livery!

There’s so much to see and do including:

More details on the SVR